This travel guide Turkey will show you if there is a place in the world full of mysticism and magic, that is Turkey.

A country was full of culture and traditions that invite you to live a unique experience with many contrasts and enchanted places.

Get ready to live an extraordinary adventure where we will tell you what to visit to have the best memories of your trip to Turkey. 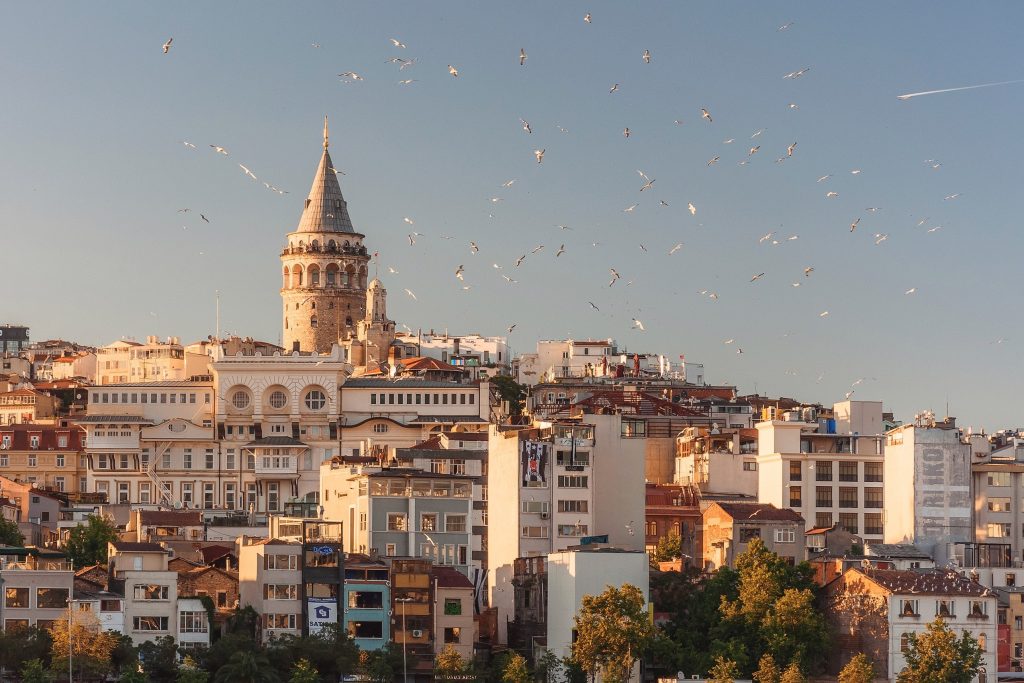 There are many things to see and do in Istanbul. Known as the city of a thousand and one nights or of the seven hills.

However, all the names are few to describe this fantastic city, located between Asia and Europe, which perfectly mixes traditions and the culture of the East with the modernity of the West.

The best way to enjoy Istanbul is to get lost in crowded neighborhoods. Look for a bargain in one of its markets, such as the Grand Bazaar or the Spices Bazaar.

Then, go up to the viewpoints of the Galata Tower or the Pierre Loti Cafe. Get to the Church of San Salvador de Chora, visit the Topkapi Palace, take a cruise on the Bosphorus or try the delicious Turkish cuisine, among many other things.

Undoubtedly, Istanbul is one of the most important places to visit in Turkey and the entry and exit point for a self-guided or organized tour of the rest of the country’s wonders.

Get enlightened with the Blue Mosque. 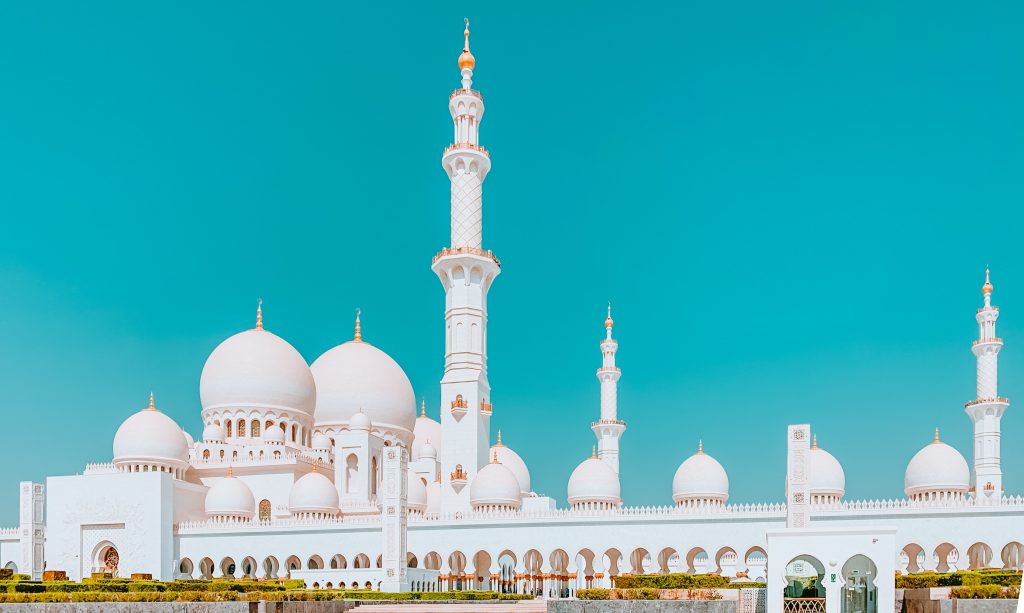 The so-called Blue Mosque, the Sultanahmet Camii Mosque, is the most important mosque in Istanbul. It has 6 minarets, plus a beautiful colossal dome.

Upon entering, you can understand why it is called the Blue Mosque: more than 20 thousand blue tiles adorn the mosque’s dome.

Inside are huge stained glass windows and stunning chandelier pendants, all of which make it even more magnificent.

Without a doubt, it is worth seeing both from the outside. From the inside, even at night, it looks lovely, all lit up. 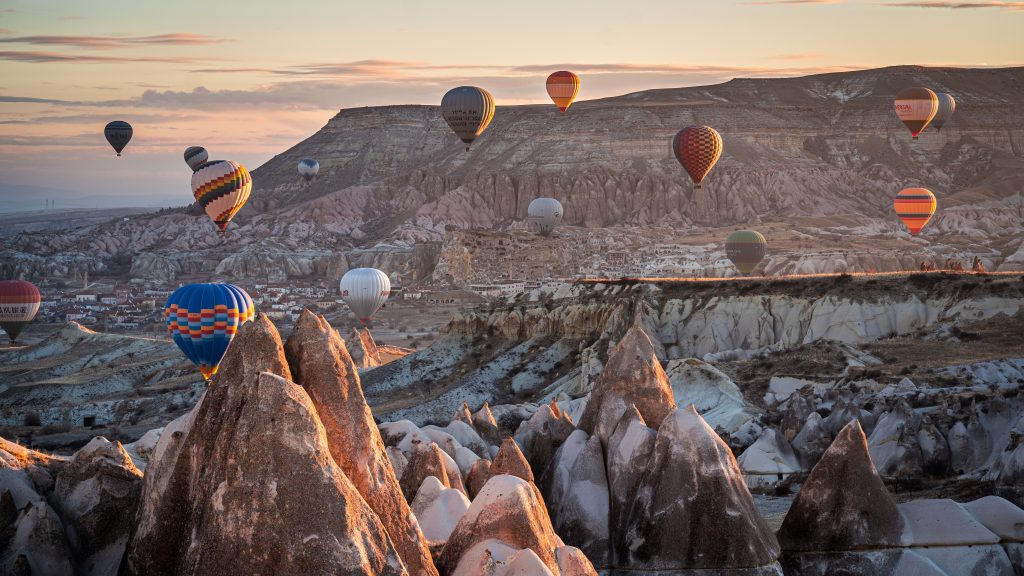 A unique experience of living in Turkey will be to ride a balloon and tour the beautiful surreal landscape of Cappadocia from above. In the early morning hours, the sky will be filled with these gigantic balloons in an extraordinary procession of colors.

This vast area leaves you speechless due to its lunar landscape. Dotted with rare rock formations called fairy chimneys, which have been formed over thousands of years by erosion.

It is one of the places we are sure you will not forget on your trip through Turkey. You can also see monasteries and houses carved into the rock and underground cities, making it a magical place. 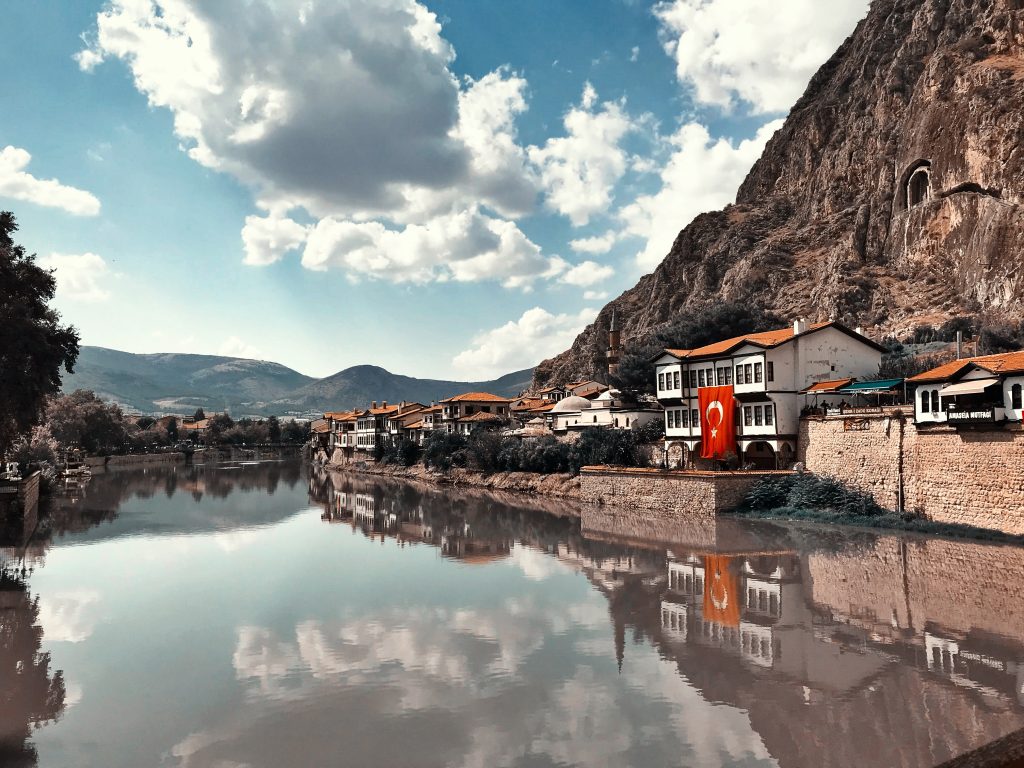 Ephesus, a World Heritage Site and one of the best preserved ancient cities in Asia Minor. Is another of the most beautiful places to see in Turkey.

This city, founded by the Greeks, reached its maximum splendor during the Roman occupation.

It is recommended to go first thing in the morning to avoid organized groups and cruise passengers.

As this is a common stop close to the Mediterranean Sea.

These are some of the places that we recommend you visit in this Turkey tourist guide.

If you want to know more about these places, follow us here.

And to manage your currencies on your trips, click here.