One million dollar bill – all you have to know about it

An Ebay user wrote: “fun to watch what people do if you leave one laying around”. The reaction they witnessed is definitely not surprising – after all, we’re talking about a ONE MILLION DOLLAR banknote!

Sounds surreal, right? Even unimaginable. Just think of millionaires squishing all their wealth into several banknotes. Why have physical assets, cars, real estate and golden watches, when you can just fold your fortune in half and put it in a wallet? Or can you?

In this article, we’re going to talk about something so absurd, that it shouldn’t exist (well, it kind of doesn’t – more on that later!) – a one million dollar bill. 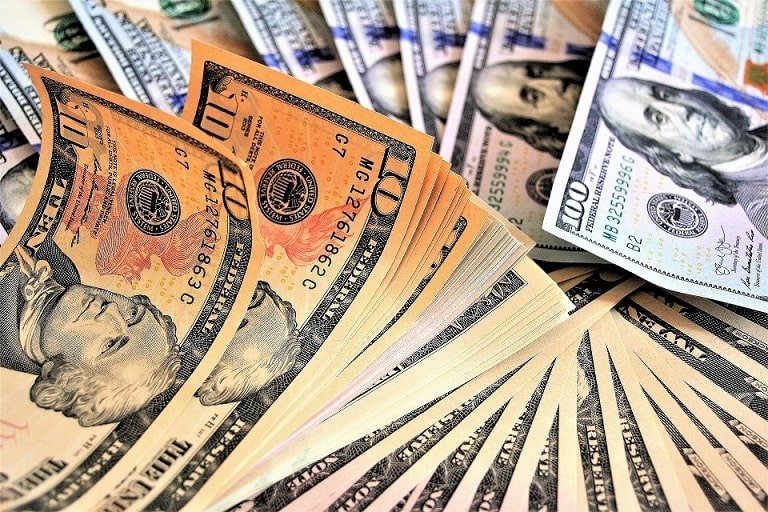 Imagine you’re a store clerk working on a lazy Tuesday afternoon. Suddenly, you hear a bell ring – finally, a customer! He walks up to the counter and asks for a chocolate bar. You promptly give it to him and he hands you a note. You put it to light, just like you do with all banknotes that pass you. In all your years of store clerk experience, you’ve been given plenty of counterfeits, but you’ve never seen a bill quite like that. It seems like someone forgot themselves and printed waaay too many zeroes. Six of them, to be precise. A million? In a single note? Even if you sold the entire stock of the store along with the building it’s located in, you wouldn’t have enough money to give the buyer enough change.

Was that unreal enough? Let’s think of another example, maybe something a bit more down-to-earth.

Have you ever washed a pair of jeans with a dollar bill still in the back pocket?

We know you did.

Nothing to be ashamed of, though – we all did that! It’s always a bit sad, but at the end of the day, it’s just a dollar.

Now, multiply it by million. Suddenly a little banknote left in the back pocket turns into a devastating case of bankruptcy.

But washing is just one of a hundred things that can happen to a note. Tearing, burning, wearing away, dampening – this is just the tip of an iceberg and this article is not devoted to listing every single way you can destroy a dollar bill with.

Such scenarios are exactly why banknotes of such high denominations are not in use. It’s just not feasible for anyone.

United States Treasury has a history of issuing notes of particularly large denominations. The 1860s saw a $500 bill introduced. It brandished a portrait of Albert Gallatin, a Genevan-American diplomat. The trend continued as the Treasury introduced the very first $10.000 note in the 1870s, the last of which, with Salmon P. Chase’s portrait, would enter circulation in 1934.

In 1945 the very last 10.000 dollar bill has been printed. In 1969, large denomination notes were taken out of public use due to, well… lack of use. They, along with other discontinued large denomination banknotes, are highly sought out by collectors due to their rarity. Just a little tip if you happen to own one of them!

The $10.000 note, however, is not the highest denomination to be ever issued in the US. This spot belongs to the $100.000 banknote. It was, however, used exclusively as a vehicle for transactions between governmental branches and has never entered circulation.

But let’s get back to the topic of this article. As you can see, people are not keen on using large denomination banknotes in their daily lives. It poses way too many challenges, or even dangers, and gives barely any benefits. Why a million-dollar banknote, then?

There are many people on online forums spending way too much time producing entire essays about how a 1.000.000 dollar bill doesn’t exist.

They do have a point, though.

That’s because the million-dollar note is not money.

Remember the $100.000 bill? It was never in circulation, but it was used as a way to transfer monetary value. The note with a 10-times higher denomination cannot be used that way.

That’s because it’s nothing but a novelty item.

This is exactly why there are folks out there claiming it doesn’t exist. As much as they sound like absolute killjoys, we have to agree with them – a $1.000.000 note doesn’t exist as money. It exists as a token.

You can get yourself one off the Internet for as little as a couple of dollars. We bet it’s a great idea for a cheeky gift or a funny prank. Just like that one Ebay user has said – leave it on the pavement and watch the reactions! You could film it, put it on YouTube and who knows – maybe it goes viral and you’ll make an actual million!

It’s not really money, but …

A well-known item we’ve found the 1.000.000 dollar bill being compared to the most is Monopoly money. At first glance it’s hard not to agree with this. It’s fake money. It cannot be spent in a way legal tender can.

Except when looking at Monopoly money, you can instantly tell it’s not really money. There’s nothing printed on the back and the front design, besides featuring the classic locomotive checker, explicitly states that it’s an in-game currency. There’s no way anyone would mistake it for actual money.

On the other hand, the one million dollar banknote looks and feels like the real thing. It’s printed in a similar way and using similar materials. Its size is also very close to the original. If not for the gargantuan denomination, it could easily pass as a legal tender.

Another thing that brings the $1.000.000 note a step closer to being like the real money is the Copyright it received from the Congress. It’s illegal to copy it, modify it or otherwise change its appearance. That kind of makes it legal fake money! 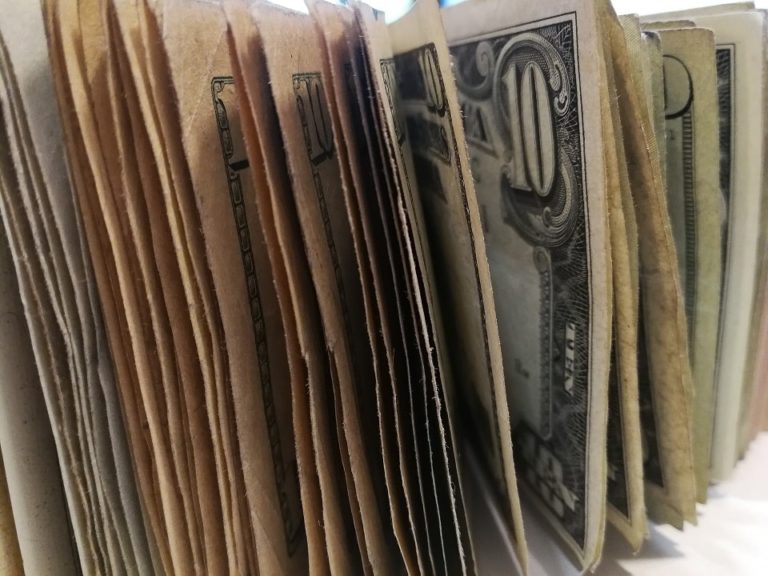 The one million dollar banknote is absurd. Its denomination is too high for it to exist, and yet the note is real. Or is it – since it’s not exactly money, but rather a token? Then again, it’s backed by the Congress, which makes it official. Oof, it’s giving us a headache! You can be sure of one thing – it won’t make you a millionaire!

The million-dollar banknote can be many things. It can be a funny gift you give someone to watch their reaction. Or a ‘good luck’ to someone who embarks on a new path – college or a business, you name it. You can get it for yourself, just to frame it and hang it on your wall or buy it for a coin and banknote lover in your life.

But let’s make one thing clear – you won’t buy anything with it! And let’s just leave it at that.