Coins worth money from other countries: value and prices with examples

Most of us have a little box with old coins somewhere in our houses. Some of us don’t know where it came from, some kept the coins as souvenirs from travels. Now they’re just collecting dust when, in fact, they could be making you money!

In this article, we go through some of the foreign coins worth money. We won’t talk about these insanely priced ones sold for millions of dollars. Instead, we will focus on currencies that are either profitable to sell or simply worth selling, because of their diminishing value.

If you own any of the coins we mentioned in this article and are looking to sell, we recommend sending them to a trusted service, such as Foreign Currency! We specialize in exchanging old, unwanted currencies to dollars.

In case we didn’t mention a coin type you own, see our website for the currencies we exchange or contact us for more information.

Belgian Franc is an old coin. It has been in circulation for 170 years, from 1832 until 1999 when euro has been introduced (it remained a legal tender until 2002). Its longevity across the turmoils of modern European history means that coins from various periods are made from different materials and are valued differently, either by their value as a collectible item, a numismatic, or by their precious metals content. For example, 500 Belgian Francs worth of these coins, usually made from cupro-nickel, zinc or bronze can be exchanged to 13.91 US dollars (as of 3/11/2019). However, older pieces, minted up until 1914 were frequently made of gold or silver. These could be worth much more depending on their precious metal content, age or rarity. 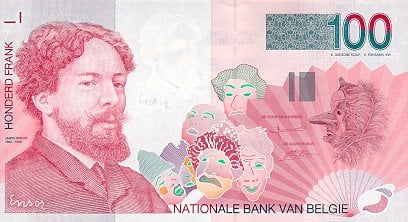 Pesos have been introduced in Argentina in 1826 as banknotes. It was only in 1875 that they started to be minted as gold coins of 0.900 fineness containing 1.5 gram of the precious metal. These old pesos are very valuable foreign coins, not as much because of their age, but rather because of their high gold content.

Since the initial advent of gold coins, peso experienced several changes. The ongoing currency is Argentine Pesos ARS, which has been introduced in 1992. Because of years of fluctuations and an inflow of US dollars, the currency does not have much in terms of purchasing power. In fact, its value is, unfortunately, constantly on a decline – in 2018, it fell 52% against the dollar. That’s why, if you’re not planning to go to Argentina anytime soon, it might be a good idea to get rid of them and squeeze as much profit as possible.

Introduced in 1966, the Australian Dollar coins have had eight value points throughout their existence – from one cent to two dollars (one and two cent coins are no longer in circulation). The below-dollar coins are made of cupronickel, and the one and two-dollar ones are minted out of an alloy of copper, aluminium and nickel. The price per one AUD circulates around 0.7 US dollar. Please check the most current ratings for detailed info.

There are also some commemorative coins being continuously released by the Royal Australian Mint to celebrate important events or characters from Australian history. These, along with a silver 50 cent coin minted from 1966 until 1967 have some value, either as a collectible or because of their precious metal content.

Similarly to other currencies from the eurozone countries, Spanish Peseta has been replaced by euro in 1999, after being in circulation since 1868.

The value of these coins can often reach several dozens of dollars per piece. Some, such as a one peseta coins from 1946 reach from one up to five thousand US dollars per piece. The date of minting plays a huge role in determining the value of Spanish Pesetas, as some years saw smaller numbers of certain denominations being produced. Still, the numbers of coins made were usually very low, especially when compared to the US monetary industry, which only makes it more attractive to collectors as well as sellers.

The story of the Hong Kong Dollar reflects the history of Hong Kong itself. Since 1866, until 1993, there has been five series of coins, each minted during the consecutive reigns of British monarchs: Queen Victoria, King Edward VI, King George V, King George VI and Queen Elizabeth II.

Since 1997, Hong Kong has had a rather on/off relationship with minting new coins, which have largely been replaced by an Octopus Card. The card is used by an overwhelming majority of the population, and as of 2016, the system processed 14 million operations per day. Add this to the five different coin series and you’ve got yourself a real treat to collectors.willing to pay good money.

Francs history started in 1360 when gold coins were minted to pay for King John II’s ransom. The name originated from the coins’ depiction of the King riding on a horse (franc a cheval meant ‘free on a horse’). The name remained and was used to describe the French currency until 2002, when it was replaced by Euro. Because of its longevity and numerous variations, the French Franc can be worth huge sums – we are more than happy to help you price yours!

The French Franc FRF has been the currency of France from 1960 until 2002. There are 12 denominations of the coins, from 1 centime to 20 francs. While the former will not necessarily make you a lot money, the franc coins are certainly worth a buck and it’s definitely worth selling them if you’ve got some.

Thailand has been an increasingly popular tourist destination in recent years. But as it’s often the case with going on holidays to a different part of the world, we often tend to overestimate the expenses just so that we don’t run out of money. If, after coming back home, you can hear a clang of baht coins every time you take a step, the best thing to do is to get rid of them! Although Thai Baht coins do not have a lot of purchasing power, their specificity lies in the fact that you’ll probably return with lots and lots of them, as simple transactions in Thailand are usually worth hundreds of bahts. Therefore, even if a single 10 baht coin is worth a dozen cents, a whole sack of them is worth some serious dollar!