Chicago Travel guide. The city of Chicago is better known as the windy or second city.

It is an exciting tourist attraction since it surrounds the architecture of its buildings and not to mention its gastronomy.

Located in Illinois, Chicago is one of the most populated cities in the United States. After New York and Los Angeles.

What to visit on this travel to Chicago? 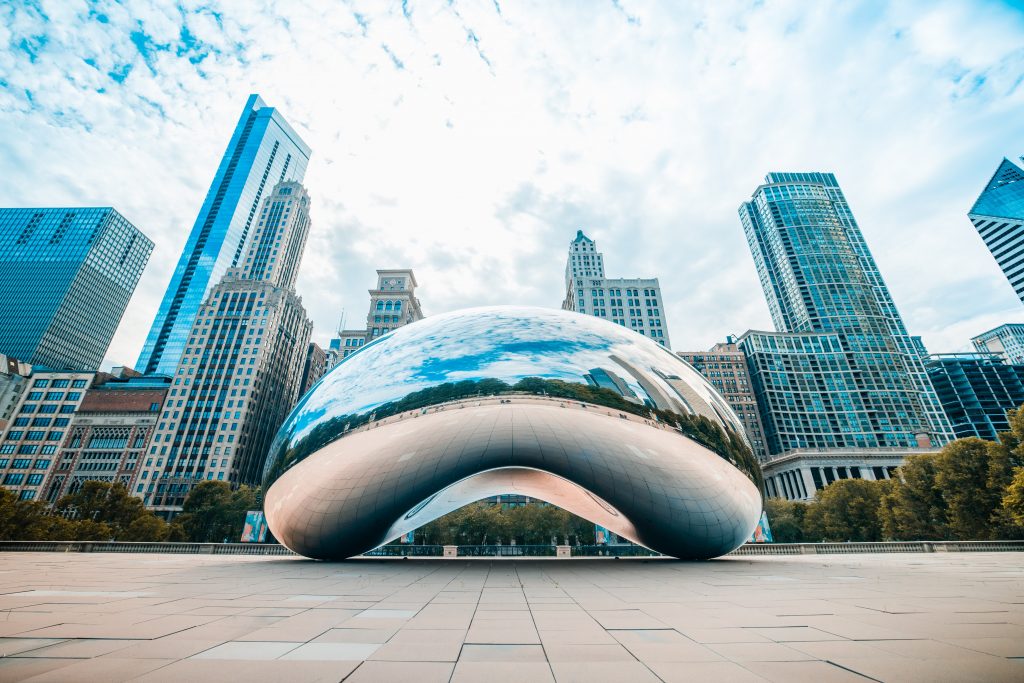 This city has many parks which are well known for appearing in many movies and television series.

These are some of the best known

Millennium Park, also known as “the front garden” of downtown, occupies a large part between downtown Chicago and Lake Michigan.

There you can find the sculpture called Cloud Gate. If you don’t take a picture of yourself looking for your reflection in The Bean -as this sculpture is colloquially called because of its shape- it’s as if you hadn’t been to Chicago.

This stainless steel piece attracts all the eyes of those who visit:

It is difficult to find a place without people and, without a doubt, one of the best times to visit it is when it starts to get dark because it is enhanced by the lights from the buildings.

So, yes, the Cloud Gate is one of the things that you definitely have to see in Chicago.

You will also find the Crown Fountain, a small rectangular plaza flanked by two massive towers with LED screens where people’s faces appear.

The best thing is that from time to time, huge jets come out of their mouths that children take advantage of to get wet and more in a hot season like summer. 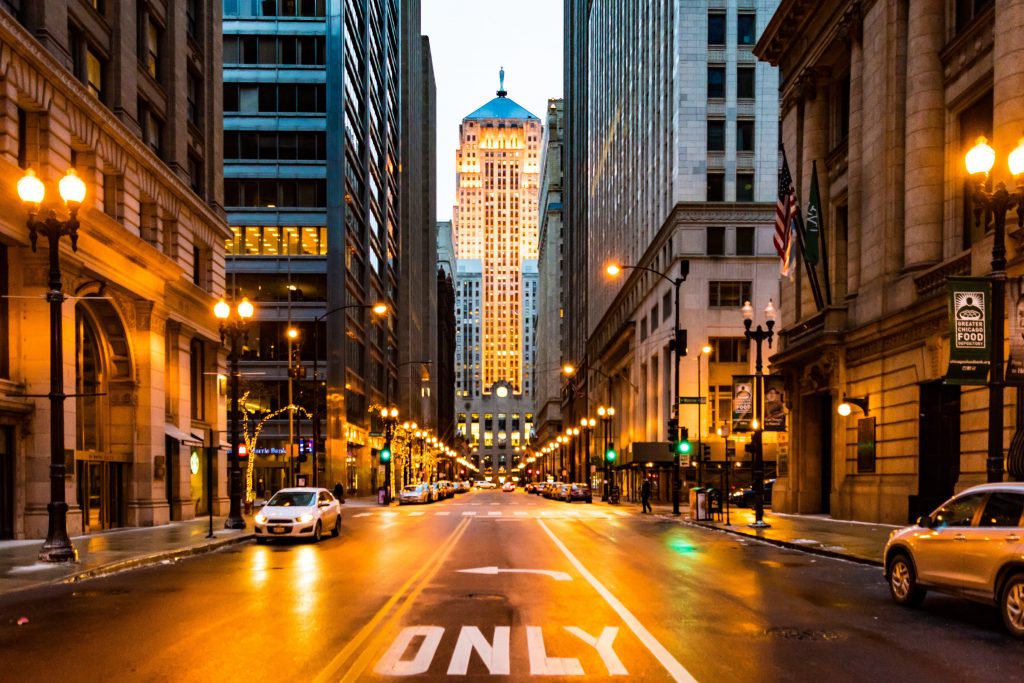 Another of the tourist attractions of this city is its skyscrapers. One of them, the Willis Tower, which invites you to challenge your fear of heights from its Skydeck.

Still, the best thing is that you can look out on “The Ledge” and stand on a glass floor. That protrudes from the building with the city’s streets at your feet. Experiencing that feeling is one of the best things you can do in Chicago.

This is one of the must-see places in Chicago. Navy Pier was once one of the most giant piers in the world and is therefore of great historical importance to the city.

Today it is a place with beautiful views of Chicago. From there, it is possible to take a ferry to sail across Lake Michigan, shop, stay in a bar, or ride one of the attractions, such as its iconic Ferris wheel. Which attracts all looks and gives us a beautiful and different perspective of the city. 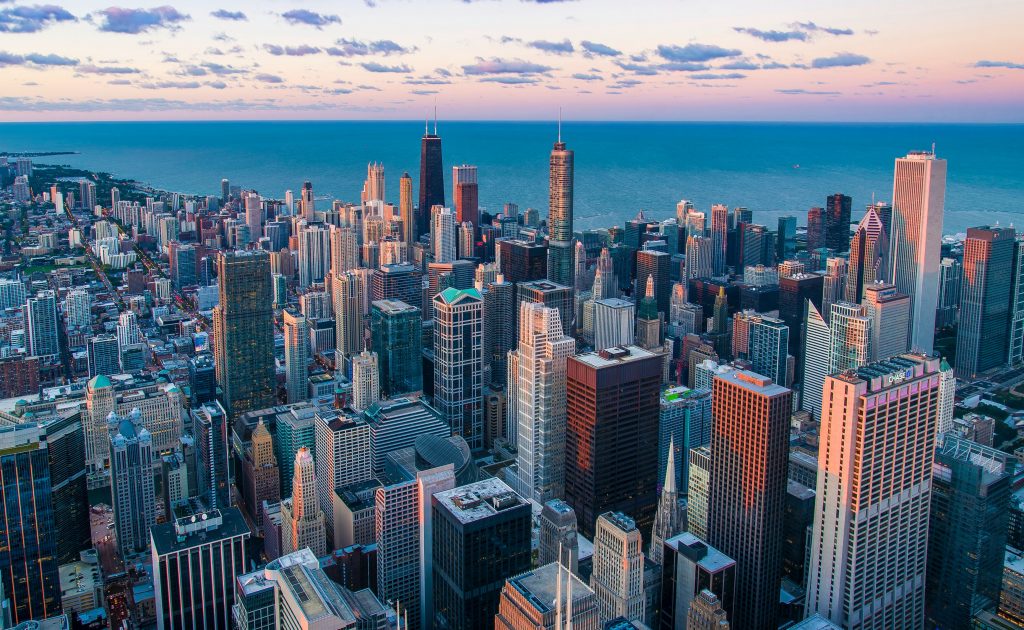 You should visit these places when going to Chicago, among others.

Do not forget to try the famous pizza pie that, being the city that created it, has become one more attraction in Illinois.

Be sure to know more about these places here.

And in case you haven’t changed the money for your trip, do it here.